Skip to content
Clocks Ministry of Transport and Communications 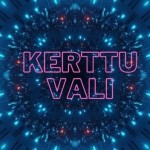 In Finland, summer time ends and clocks are changed back to Eastern European Time on the night between Saturday and Sunday. Clocks will be changed back by one hour next Sunday, 25 October 2020, at 4.00 in the morning.

Clocks are changed in all EU Member States at the same time on the same date. Adjusting the clocks at the same time is important, for example, for international rail and air traffic. The days are always the last Sunday of March and October. Early Sunday morning was chosen as the time causing the least inconvenience because the volume of traffic is at its lowest.

Daylight Saving Time has been adopted everywhere in the European Union.

Finland introduced Daylight Saving Time in 1981. The other Nordic countries had introduced summer time a year earlier, and Finland was the last country in Europe to adopt the practice of daylight saving time as a permanent arrangement.

The European Commission has proposed that all EU Member States stop adjusting the clocks for daylight saving. Finland cannot make a decision on abandoning time changes at the national level; the matter must be decided on by the EU.

The Council has not yet discussed the proposal, which means that any decision on abandoning time changes can enter into force in 2022 at the earliest. The pandemic caused by coronavirus has also postponed the debate on changing the clocks.

If a decision is reached in the EU to end the practice of daylight saving time, the Finnish Parliament will choose the permanent standard time for Finland. The matter will be laid down in an act and the decision will be made by adopting the act.